The first chakra is Muladhara

The chakra is located approximately in the region of the coccyx. More information is available here: https://www.julianalucky.com/post/10-best-yoga-breathing-pranayama-exercises. The color of the chakra is red. The mantra for the chakra is “Lam”. The chakra is associated with the earth element, so it is responsible for basic human needs, for their satisfaction, for survival. A pure Muladhara chakra is absolute health 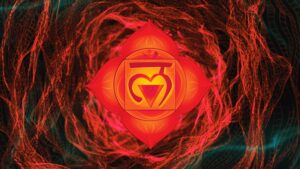 and financial well-being. A person whose energy is predominantly in this chakra has incredible physical abilities and the ability to survive under any conditions. People whose activities involve either physical activity or violence against someone manifest through this chakra. Negative manifestations of the chakra are anger, aggression, violent tendencies, and sadism. As a rule, if the chakra is not in harmony, a person tends to inflict maximum suffering on someone and takes pleasure in it. This chakra is most developed in sportsmen, hunters, military men, law enforcement officers, and prison officials. The expenditure of energy through this chakra occurs through such an emotion as anger. At this level, energy is spent very quickly and in very large volumes. Muladhara chakra becomes active when a person finds himself in conditions where he has to fight for his life, to survive. At this level of consciousness a person acts on the level of instincts. Leaving the body at this chakra guarantees reincarnation in hellish worlds.