Myths and truth about bilinguals

To understand what bilingualism brings and https://argoprep.com/blog/student-centered-learning/ – benefit or harm – you need to dispel the myths around this concept. Let’s consider some of them:

Myth: Bilingualism provokes a delay in the development of speech and thinking in children. 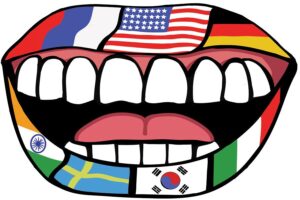 Myth: Learning two languages ​​and https://argoprep.com/blog/divergent-thinking-in-the-classroom-an-overview/ at the same time can confuse a child.
Truth: Yes, from time to time children can confuse grammar rules and other language patterns. But by the age of 4-5, these difficulties are in the past. The better he learns both languages, the clearer the line will be built between them.

True: these children usually have more difficulty learning two languages, but this does not mean that they are insurmountable. You will have to spend more time to achieve the same high level of proficiency in both languages.

Myth: Bilingual children can get into trouble at school.
Truth: Numerous studies have proven that bilingualism has a range of academic benefits. Among them are the valuable skills of multitasking, cognitive agility, and finding the right solution quickly.

Myth: Children who just know a second language and https://argoprep.com/blog/classroom-management-strategies/ are already bilingual.
Truth: To be considered bilingual, you need to know and use both languages ​​in roughly the same way. Yes, a dominant language is possible, but the regular practice of using and a developed vocabulary of the second is an indispensable condition for bilingualism.