How to do and read Yoga Nidra?

For a good Yoga Nidra such as https://www.julianalucky.com/yoga-for-kids, a number of conditions must match: competent speech, excellent diction, beautiful voice and pleasant timbre of the voice, and of course, the correct structure of the lesson itself, and the correct formulations of Yoga Nidra. Everything must be correct, starting with “rough strokes” and up to the very “molecular level” of individual words and even punctuation marks, intonation. Therefore, although there are hundreds, if not thousands of videos on Yoga Nidra on the Internet, truly popular ones can be counted on the fingers of one hand. Today Master of Yoga Nidra, Oksana Rogova, will share tips on how you can make your practice or teaching Yoga Nidra even more effective. 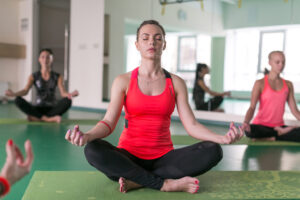 1. The prohibition of “not falling asleep” is a delusion. Firstly, you can not (!) Use the particle “not” in the text for reading Yoga Nidra, this is a typing error. And, secondly, for many people, according to their state of the nervous system, it is simply necessary, necessary, at this stage, to sleep and get enough sleep on Yoga Nidra, so that later, at the next stage in its practice, to move further. It is useful for people who do not get enough sleep, who are under severe stress, to sleep on yoga nidra. Yoga Nidra is a good method of restoring the mechanisms of sleep and falling asleep!

2. Swami Satyananda in his books claims that Yoga Nidra is allegedly one of the ways to achieve Samadhi – a deep one-pointed meditation, including its “final stage”, “Liberation” – or “Mukti”, in the terminology of the classical philosophy of Yoga. At the same time, the state of Nirvikalpa Samadhi is still poorly understood by Western science, and its existence, and even more so its benefits, have not been convincingly proven by medicine or physics. Moreover, during the day with fire it is impossible to find real living yogis who have achieved Samadhi, especially the “final” one (with leaving for the “White Light”) precisely with the help of Yoga Nidra; maybe you know them?

3. Attempts to understand and interpret the content of the subconscious that pops up during Yoga Nidra sessions: random thoughts and emotions, random and short-term sensations, and the so-called phosphenes (color heels, “stars” and other mental-optical phenomena). Where a psychologist recognizes color specks, a person exalted or guided by a charlatan will “see” anything, including God, angels, and even “commands from extraterrestrial intelligence” … 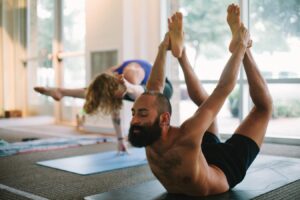 4. Many leading Yoga Nidras use interlinear translation and pronounce the recommendation to “rotate the consciousness” in such and such areas of the body. This, of course, is “difficulties in translation”. In a Yoga Nidra session, we go through the whole body, we travel – which in English can be called rotation. But we do not rotate anything around its axis)

5. One should not try to “get out of the body” or give such verbalization in Yoga Nidra. Although the phenomenon of “out of body” exists, it is most often subjective self-hypnosis that occurs “out of body experience”. Such self-hypnosis is associated with childhood trauma and an attempt to escape from its awareness. Trauma needs to be treated, with the help of a psychotherapist, in no case with Yoga Nidra) than to indulge it.

6. “Connection to the energy-information flow”,

8. “Experience of death” – these are all methods that can be used in regression psychology by a graduate, a doctor, but by no means a yoga enthusiast. If you do not have a specialized higher education, such experiments are undesirable, because. risky for the psyche: yours and your students.